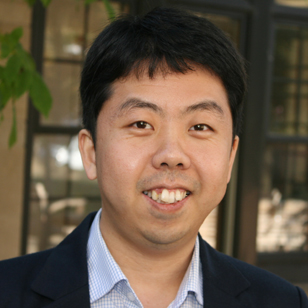 YY Ahn, an associate professor of informatics and computing at the Luddy School of Informatics, Computing and Engineering, has received a grant from the National Science Foundation’s new Technology Innovation and Partnerships initiative for the U.S. to secure critical technologies.

Ahn says the Covid-19 pandemic exposed supply-chain vulnerability and re-asserted the importance of critical technologies. Reacting to this, he says, Congress recently passed an ambitious “CHIPS and Science” act that invests more than $200 billion dollars in scientific research and the capacity to secure those critical technologies.

The TIP directorate is designed to accelerate the development and deployment of next-generation technology, help meet economic and societal needs, and produce new high-wage jobs through a network of experts able to define and assess America’s current and future ability to produce innovative critical technologies. Priorities include artificial intelligence, biotechnology, energy storage and semiconductors.

This one-year pilot will create a broad network of scientists, scholars, and practitioners to understand and create rigorous methodologies for critical technology assessments. Congress will receive a final report.

The primary investigator is Erica Fuchs, a professor at Carnegie Mellon University’s Department of Engineering and Public Policy.

“I’m thrilled to be a part of the network that will represent the U.S.,” Ahn says. “The team features so many outstanding scholars across the country. I’m excited to work with them.”

“It’s also about the complex supply chain,” he says. “This project will build nicely on our existing projects about the science of science.”