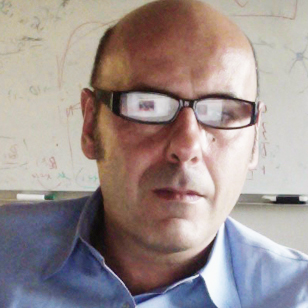 Alessandro Flammini, a professor of informatics at the Luddy School of Informatics, Computing, and Engineering, has earned an Influence Campaign Awareness and Sensemaking award from the Defense Advanced Research Projects Agency to analyze influence campaigns in foreign social media.

The project aims to build big-data AI tools that can evaluate individual and population vulnerabilities that are specific to foreign influence campaigns, allowing such efforts to be countered. The work is the latest effort by Flammini and his collaborator, Distinguished Professor of Informatics and Computer Science Fil Menczer, to explore the use and abuse of social media, an area the duo and has been researching for a decade.

“DARPA has been very supportive of our work,” Flammini said. “We started in 2011 with a project exploring the detection of early signatures of propaganda campaigns. This led to a project in 2017 designing simulations of information networks, and finally, this work. The award is an acknowledgment of the research we have been pursuing at the Observatory on Social Media and the Luddy School. Even more importantly, it means I can continue to support the work that I greatly enjoy with a friendly, stimulating team of colleagues and students.”

The threats associated with the diffusion of misinformation and the manipulation of online environments continue to be a growing area of awareness for the public, and recent foreign interference around elections and historical junctures are examples of those threats. Flammini and his team will build tools to help identify potential weaknesses that can be exploited before threats occur.

“The public is not ‘vaccinated’ to recognize coordinated propaganda campaigns in the same way in which we recognize, for example, advertisement,” Flammini said. “We hope to create general methods to discover influence campaigns coordinated in a non-transparent fashion by foreign actors, the strategies they are based on, and to recognize the population segments that are prone to respond to such campaigns.”

The researchers at Luddy will collaborate with behavioral and computer science experts at the University of Southern California and Giant Oak, Inc., a Virginia-based company that helps bridge the gap between the technology needed to store and process big data and the ability to extract meaningful knowledge from it for front line analysts. The study will focus on non-U.S. populations and campaigns, and the group will work under strict restrictions to preserve the privacy of users.

“For better or worse, social media shapes the world view and provides news for millions of people around the world,” said Kay Connelly, associate dean for research at the Luddy School. “The work of Alessandro and his colleagues is an important step toward better understanding how entities use the services to push their various agendas, and this grant will ultimately help improve some of the tools that can be used to counter propaganda campaigns.”