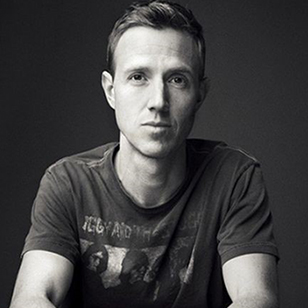 Ian Rogers, a 1994 alumnus of the computer science program at IU, has been honored with the prestigious Luddy Distinguished Alumni Award by the Luddy School of Informatics, Computing, and Engineering.

Rogers is currently the Chief Experience Officer at Ledger, a Paris-based crypto wallet maker, but he built his career in the realm of digital music. Rogers was instrumental in creating the MP3 player Winamp in the late 1990s, and he went on to serve as General Manager of Yahoo Music, CEO of Topspin Media, CEO of Beats Music, and senior director of Apple Music. He then moved into the world of fashion as chief digital officer of LVMH, which owns luxury brands such as Louis Vuitton, Christian Dior, and Dom Perignon, before moving to Ledger.

Throughout his career, Rogers has focused on visionary technological innovation that pushes the boundary of what is possible.

“We’re proud to have you as one of our alumni, and you have played a truly pivotal role in the digital music scene,” said Dennis Groth, interim dean of the Luddy School. “You exemplify what it means to be an alumnus of Luddy—creative, innovative, and forward thinking, always looking to what you’re going to do next. We’re enormously proud to have you.”

A native of Goshen, Indiana, Rogers enrolled as an education major in Bloomington before switching his focus to computer science. He participated in a work study project at IU’s music library to make it easier for students to access IU’s music archive, and through this project, Ian learned how to build websites—a rare and emerging skill in the early 1990s. He used this knowledge and his passion for music to build and maintain an unofficial homepage for his favorite band, the Beastie Boys.

While still at IU, Ian received a call from the Beastie Boys’ manager, who asked him to take over their official site. He jumped at the opportunity, and this endeavor would lead to Ian touring with the band while also starting a business building websites for other well-known musicians.

From there, his career in technology took off.

“I’ve had a very good life,” Rogers said. “I’ve had a lot of fun and experienced some of the better things in life, and for me, it all came from what I was able to accomplish at IU. I came from very humble means, but I was able to go to college because of financial aid and student loans, and I got an incredible education. I’ve started 13 or 14 startups, and I’ve been lucky enough to have a couple of good outcomes.

“IU gave me a great education, and it gave me the technology I needed to see the future. Indiana was very early to wire the campus with internet. I had high-speed internet in my apartment, and I always say that living in the future is cheating because when you live in the future, you can see the future. You don’t have to be that smart to see the future if you’re living in the future. That’s what it was for me. I don’t know if I was particularly smart, but I had access, and by having access, it allowed me to see what it's like to live with broadband and the kind of things you can accomplish. I feel like I got to spend the next 10 years watching the rest of the world catch up.”

Rogers’ current turn into the world of cryptocurrency shows his dedication to looking at what is to come.

“I believe the internet is moving us from mass market to niche,” Rogers said. “We’re going to have digital assets, and security is going to be a really key issue in this world of digital assets. You can bet on Ledger, which makes hardware wallets for crypto, and you’ll be directionally correct. You have to figure out which way the wind is blowing and then raise your sails. You might not always get it exactly right, but that’s OK as long as you’re directionally correct.”

The Luddy Distinguished Alumni Award recognizes an alumnus/a who is making, or has made, an outstanding contribution to the fields of computer science, informatics, and/or engineering either through their career, philanthropy, or volunteering.

“Thanks to (Luddy) and IU for what you’ve given me,” Rogers said. “It wouldn’t have been possible without the time I spent there. When we think about what we want for future generations, the importance of education and keeping education in step with technology is important. It’s not only the education I received but the access to the equipment and the technology that was critical. I hope IU and Luddy continue to push hard into the future and develop the people who are best equipped for the world of tomorrow instead of yesterday.”