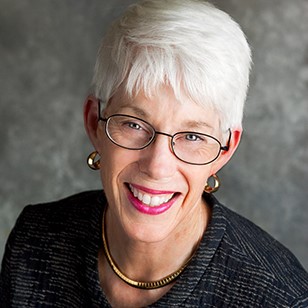 Patricia Steele, the former Ruth Lilly Dean of University Libraries at Indiana University, has been honored with the 2021 Luddy School of Informatics, Computing, and Engineering Information and Library Science Distinguished Alumni Award.

Steele, who earned her master's degree in library science from IU in 1981, began working in the IU Libraries system in the 1960s. She served as the head of several campus libraries, including the then-School of Library and Information Science Library, the Health, Physical Education, and Recreation Library, and the Education Library. Steele also served the IU Libraries as the head of Customer Access Services and was a coordinator of Academic Information and Customer Services.

“Innovation, vision, collaboration, service to the profession and to the Bloomington community, which she continues to serve, define Pat’s career,” said Carolyn Walters, IU’s current Ruth Lilly Dean of University Libraries. “She never wavered in her belief in the importance of libraries to the teaching and research mission of a university and to the communities academic and public libraries serve.”

Steele was also instrumental in allowing IU to become a leader in digital preservation. Under her leadership, IU was the first library to participate in the scanning of content for the Google Digitization Project, a 2007 collaboration between Google and the Big Ten Academic Alliance with the aim of digitizing 10 million volumes across all BTAA libraries. In 2008, Steele was a co-founder of HathiTrust, a shared digital repository for libraries across more than 130 member institutions which now features more than 17 million digitized items. She also was a long-time member of its Board of Governors.

Steele was a founding member of Controlled Lots of Copies Keep Stuff Safe, a collaboration of academic publishers and research libraries that provides a sustainable dark archive to ensure the long-term survival of web-based scholarly content. CLOCKSS preserves a growing corpus of 38 million journal articles, over 26,000 serial and 200,000 book titles, and supplementary materials and metadata information ensuring the content will always be available. She also led the planning for library space when the School of Education and its library moved into the W.W. Wright Education Building, which opened in 1992.

“Pat Steele has truly helped to expand the mission of the libraries as dean at two major research universities, building communities that allow research to flourish and providing spaces for students to accomplish their work,” said Gary Wiggins, librarian emeritus at IU and a long-time colleague of Steele’s. “Kenneth R.R. Gros Louis, senior vice president for academic affairs and IU Bloomington chancellor, once said of Pat, ‘She is fully knowledgeable about everything in the libraries and well-known and respected by other campus administrators.’ Pat Steele obviously deserves the ILS Distinguished Alumni Award.”

Steele will be honored at a ceremony later this fall, and her name will be displayed on a plaque inside Luddy Hall.

“The recognition of one’s colleagues is most gratifying,” Steele said. “Since none of what we accomplish is a solo effort, that those in a position to judge my career think so well of me is most humbling and meaningful. I have been fortunate enough to work in many types and sizes of libraries. In all those positions, I took great effort to be a change agent, bringing together staff to focus on our users with the lens of the future and the partners we would need to achieve our goals. That common, positive attitude, and an expectation that we can get things accomplished regardless of financial challenges or any other incumbrances, made work exciting each day and most satisfying.”